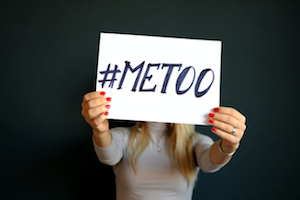 Enduring sexual harassment at work can be traumatic and devastating. Serious medical conditions such as depression, anxiety, lack of sleep, and panic attacks are not uncommon. You do not have to tolerate being objectified and humiliated at work for the sake of “not rocking the boat” or keeping your job. You need a lawyer in your corner who you trust and who can take the fight to the company and the harasser.

Nashville sexual harassment attorney Curt Masker is a relentless advocate for victims of workplace sexual harassment. After graduating from Vanderbilt Law School, Curt worked at one of the 200 largest law firms in the United States. Now, Curt exclusively represents victims of workplace discrimination and harassment in court and before the Equal Employment Opportunity Commission (EEOC). He dedicates his practice to seeking justice and compensation for his clients to the fullest extent of the law. Contact Curt for your Online Case Review at 866-931-0146 or online. Curt personally conducts all of his legal consultations, so you never have to worry about wasting time speaking with a non-lawyer.

What Should I Do If I Am Experiencing Sexual Harassment at Work?

If you are currently suffering from sex-based harassment at work, read our article I Am Being Sexually Harassed at Work: What Should I Do?

Federal and Tennessee law prohibit severe or pervasive sexual harassment in the workplace. Sexual harassment is one of the most common and difficult employment situations to navigate, especially when the harasser is your boss. You want to report the misconduct but you are afraid of being fired or otherwise retaliated against. The law is on your side and it’s time to fight back.

Although sexual harassment often involves a younger woman being harassed by her boss, such harassment applies to any gender or job title. Inappropriate behavior from a co-worker, subordinate, or independent contractor may also be unlawful.

Workplace sexual harassment often includes a combination of the above examples. Harassers and predators do not respect personal boundaries at all and often believe they are above the law. They are wrong. Harassing behavior that is hostile or abusive violates federal and state law. Know your legal options by calling Nashville-based sexual harassment lawyer Curt Masker.

The law recognizes two kinds of sexual harassment claims: (1) Quid Pro Quo and (2) Hostile Work Environment. You should consult with an experienced sexual harassment attorney to know your legal rights and understand your potential claims.

Quid pro quo (“this for that”) sexual harassment occurs when your job is dependent on your acceptance or rejection of unwelcome sexual advances. In other words, your boss attempts to get sexual favors from you in exchange for your career advancement. If you do not submit, your career suffers. Sometimes, what starts as a consensual workplace romance fizzles and one party begins harassing and threatening the other. Maybe you received poor performance reviews as “pay back.” This is unlawful harassment under employment laws.

Examples of “Quid Pro Quo Sexual Harassment” may include:

“Hostile work environment” sexual harassment occurs when an employee is subjected to unwelcome sexual advances, touching, or crude sexual language that is so severe or pervasive that a reasonable person in your position would consider your work environment intimidating, hostile, or abusive. Courts assess many factors in determining whether or not you experienced an abusive work environment, including:

Employers are legally responsible for the actions of their managers and other employees under the doctrine of “respondeat superior.” Put differently, your employer has a legal duty to protect you from unlawful harassment. An employer is automatically liable for harassment by a supervisor that results in a negative employment action such as termination, demotion, or denial of a pay raise. Also, if the company knew or should have known of harassment at the hands of a coworker, then it may be legally liable.

In Tennessee, employees are protected against sexual harassment by Title VII of the Civil Rights Act of 1964 (Title VII) and the Tennessee Human Rights Act (THRA). Nashville employment attorney Curt Masker files harassment complaints on behalf of Tennessee workers with the Equal Employment Opportunity Commission (EEOC), and then federal court, for claims under both Title VII and the THRA. Nashville-based sexual harassment lawyer Curt Masker takes most cases on a 100% contingency fee basis, so there is never a fee unless you win.

Title VII of the Civil Rights Act of 1964 (Title VII) is a federal anti-harassment law that applies to employees across the U.S.

The THRA is Tennessee’s anti-harassment law that prohibits discriminatory behaviors in the workplace.

If you are currently being sexually harassed at work, you are probably worried about losing your job if you report the harasser to human resources. While these concerns are real and legitimate, federal and state laws prohibit retaliation against an employee who reports workplace harassment, including filing a charge with the EEOC, reporting harassment to human resources, or bringing a lawsuit against the company. As such, you cannot be legally fired, demoted, or treated poorly for complaining about the harassment.

How Much Money Is a Tennessee Sexual Harassment Case Worth?

The value of a given case varies significantly based on many factors, most of which are outside of your control, such as the severity of the harassment, how much money you have lost in earnings and benefits (if terminated), the type and quality of evidence, the employment laws implicated, and whether or not you reported the harassment, and if the harasser or company have discriminated against people in the past. To know what your case may be worth, contact our sexual harassment lawyer serving Nashville.

But there are four categories of damages in sexual harassment cases:

*Note that compensatory and punitive damages are subject to statutory caps based on the size of the company.

For an in-depth discussion of how much your case may be worth, please see How Much Is a Tennessee Employment Case Worth?

Statute of Limitations for Sexual Harassment Claims in Tennessee

Sexual harassment claims have strict deadlines called statute of limitations. If you miss this deadline then you will be barred from going to court. If you may have claims do not wait, contact an employment lawyer right away to know your deadlines. For many Tennessee harassment claims you have as little as 300 days to file a complaint with the Equal Employment Opportunity Commission. Always speak with an experienced employment lawyer before filing an EEOC complaint to know your legal rights (read why here).

Contact Us
Practice Areas
Client Reviews
★★★★★
Curt worked diligently and maintained excellent communication with my case. He made sure to keep us updated about any and everything. I highly recommend the Masker Firm. Would give more stars if possible. Jeffrey
★★★★★
Curt really came through for me when a previous employer had reported my job title and hire dates incorrectly, he got it corrected within 12 hours of speaking to him about it! I would recommend him for any of your legal needs as he is quite efficient! Renee
★★★★★
Curt was very responsive from the beginning. He made it a very easy process, and he provided excellent guidance in the review of my severance agreement. Due, in part, to Curt's thoughtful suggestions in regards to changing some key language in the agreement that would protect both me and my former employer, they agreed to the changes. To protect yourself during job transition, a review of a severance agreement is a smart thing to do, and Curt will do an excellent job on your behalf. Thomas
★★★★★
Curt handled a case for me and did an unbelievable job in getting a resolution and a great settlement. I would highly recommend him to anyone. Teena
View More
Submit a Law Firm Client Review